This week's big story is clearly the fallout from the Meta/Facebook earnings report. We'll get to that in a minute.

But first: a few thoughts on the ever-unfolding situation around alternative in-app payment methods, this time for dating apps in the Netherlands. There have been so many 'alternative payment methods' stories over the last year that you might be thinking 'wait, another one?'

If so, I don't blame you. The short version this time:

But the Byzantine twists of each new version of this story are much less interesting than the clear pattern that is starting to emerge: while these showdowns are always phrased around allowing alternative in-app payment methods, that's just a means to an end: the real objection is the 15-30% commission rate.

I think the unspoken assumption here has been that the commercial models behind the App Store and Play Store are the digital equivalent of a Prince Rupert's drop, and that forcing Apple and Google to budge even slightly on payment methods would cause the whole thing to shift.

In other words, most seemed to hope that if Apple and Google could be forced to allow alternative payment methods in even a small jurisdiction, they would either quickly give up, or decide to overhaul the entire system.

That's not what has happened, at all. In reality, the result so far has been much closer to scorched earth, trench warfare. In every case, Apple and Google are giving only the bare minimum in concessions necessary to comply with the literal letter of each new law, while making sure each change is a Pyrrhic victory for those who brought the complaint (for an example of what I mean, just see the scrupulously detailed guidance above)

One can't entirely blame them for this approach — no one enjoys it when their product roadmap is dictated by court order — but the unfortunate thing is that all this ultimately harms the broader mobile ecosystem. Yes, there are many issues with walled garden app stores. Discoverability, high commission rates, and mercurial review decisions are just a few examples.

But there are also major benefits (no one really wants a return to the days of Windows 98, when an antivirus scanner was the only thing standing between your computer and total anarchy), and avoiding heavy-handed regulation via a few thoughtful compromises would seem like a worthwhile trade.

Meta's Q4 earnings report received plenty of analysis of this week. Unfortunately, much of it has been…quite bad.

This discussion from Eric Seufert is not one of those 'quite bad' examples.

Ultimately, it seems that many armchair commentators are simply surprised by this outcome. But if so, it means they haven't been paying attention — one common question appears to be why Meta got clobbered this quarter while Snap received a pass, but that requires conveniently forgetting what happened to Snap in Q3.

The reality is that this chess board really hasn't shifted significantly since last July. AppTrackingTransparency opt-in rates haven't suddenly gone up or down, and Apple is still taking an approach to ATT enforcement that can best described as 'hands off'. An ecosystem shock of this size takes time to shake out, and that process is happening at different rates in different places.

In fact, perhaps the biggest reason we didn't see all of this start much sooner is the COVID interlude from summer 2021. That kept many advertisers feeling optimistic and spending liberally, leading to a temporary boost in campaign spending that was enough to sweep the impact of ATT under the rug for a while.

Why link to that in a newsletter about mobile app growth? Asana isn't exactly known for being in the marketing measurement space, and this article isn't even specifically about mobile…and that's actually the point: we're going to see a lot more focus on measurement solutions like these from companies in all verticals.

MMM is quickly becoming table stakes in a post-MTA world.

Like MMM, data clean rooms are another venerable concept that is suddenly getting a fresh moment in the sun.

This analysis from AppsFlyer provides a good breakdown of the data clean room space, and explains why this is one direction that traditional MMPs are pursuing in response to the shifting mobile privacy landscape.

Incrementality is like heaven: no-one knows how to get there

To complete the buzzword trifecta this week, here is exploration on the topic of 'incrementality'. It's important, misunderstood, and not necessarily a magic silver bullet.

Mobile apps must now be more than a checkbox for retailers

Mobile apps are important. COVID made them even more vital.

That will be no surprise whatsoever to anyone reading this newsletter, but was interesting enough to the Morning Brew that they gave us all this story filled with nice quotes and statistics to prove it.

Just 'having an app' isn't enough anymore — a rock-solid strategy for mobile linking and measurement, to make that app a well-integrated part of the overall customer relationship, is also increasingly important.

Progressive Web Apps (PWAs) have always been second-class citizens (at best) on iOS. These hints of support for additional APIs in the latest iOS beta are promising, but still faaaar from a viable replacement for native apps any time in the near future.

If you haven't yet looked into these two new iOS 15 App Store features, here's your detailed walkthrough for how to get started.

Isn't it ironic that in a world of native apps, carefully architected viral growth hacks, and hard-fought battles of user acquisition, so many of us choose to faithfully make the daily pilgrimage to a mobile website without even so much as a push notification to remind us?

That's probably because the principles of great UX still apply, and Wordle has a lot going for it (…so long as you don't need to transfer your winning streak to a different browser or device...good luck hacking your first-party Wordle cookie to make that happen!)

Any UX case study from Built for Mars is always a good read.

In this case, I have no doubt that some of the issues flagged here are valid, but the Uber team is top-notch. My guess is we're also looking at the results of some intentional design choices made to optimize for less-obvious variables (for example: the needs of everyday drivers — you're only doing a first delivery once, which means it's just not a very juicy target for improvement). 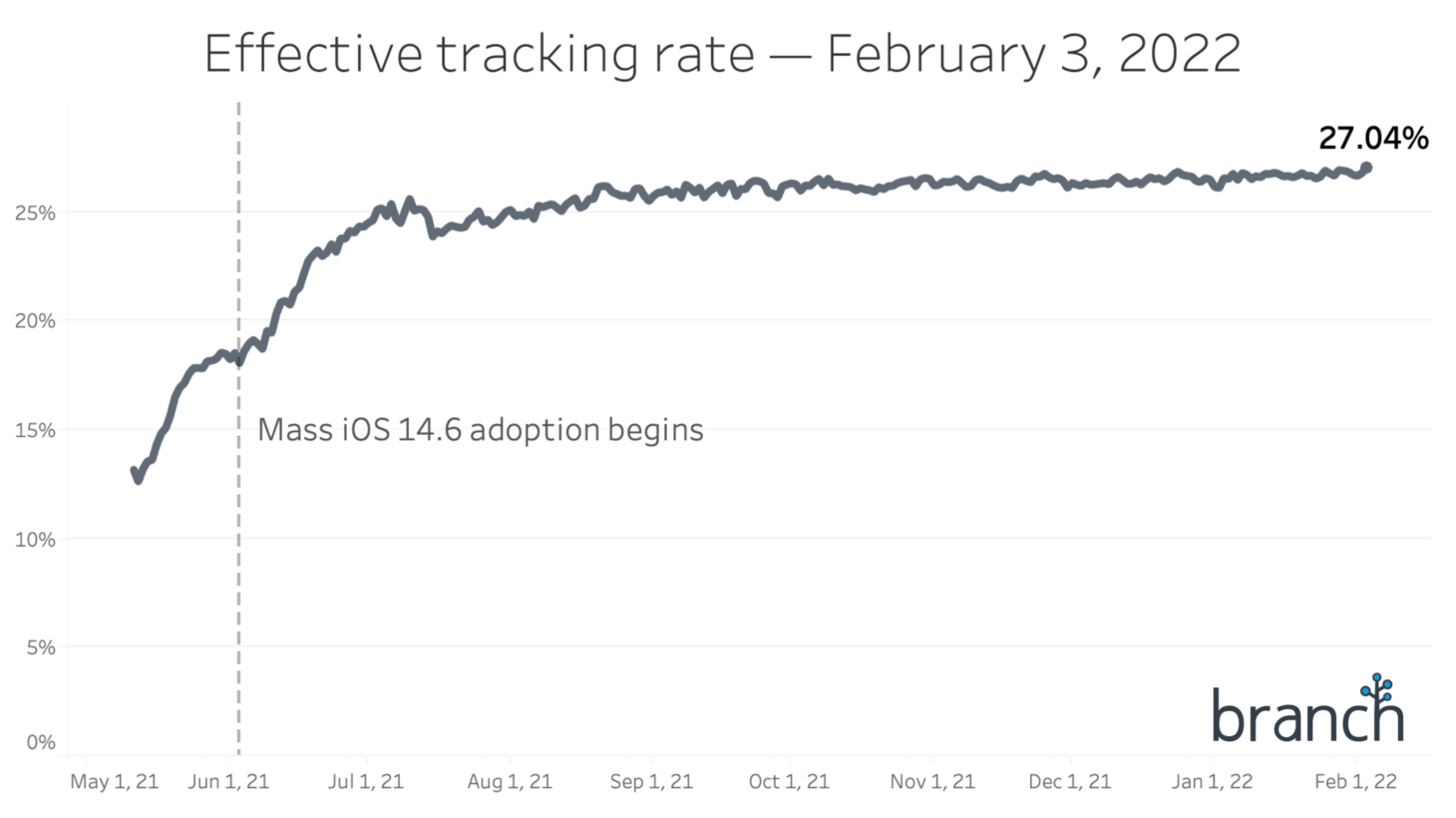 Despite the burst of buzz around AppTrackingTransparency this week, the consent rate has been almost boringly stable since last July.

Facily is the leading social commerce marketplace in Brazil. It operates in nine Brazilian cities and has over 12,000 pick-up points. Facily connects the consumer and the producer and helps with logistics, and also helps customers form groups to buy at better prices.

Before starting Facily, Diego worked for Facebook and Instagram as the VP of LATAM, and spent ten years at SAP. In this episode, he shares how leaving a good job and starting a business requires you to be prepared from many angles: of course you must take your finances into account, and having your family's support is crucial, but you must also be emotionally ready to take the leap.