Well…here we are — in the third week of the Attribution Apocalypse. I think it’s fair to say this is still the biggest story in mobile, simply because it’s so fundamentally disruptive to so many parts of of the ecosystem.

Let’s recap what we know so far:

After all the [pre-recorded, carefully-scripted] WWDC bombshells, Apple has been playing it pretty close to the vest. Even the Developer Forums (which Apple promised would be “a central place to engage with the community and over 1,000 Apple engineers [during WWDC2020]”) have been nothing but crickets when it comes to this change.

This is par for the course with Apple though.

From what we’re hearing here at Branch, most are still confused, overall (this is something Apple is doing TO the industry, after all). And that’s a fair reaction, because the next steps really need to filter down from various industry vendors.

Everyone is waiting for the official update to Apple’s Developer Program License Agreement — until that drops, some things are simply impossible to know.

But in the meantime, three fairly distinct strategies are starting to emerge:

Either way, the fireworks are coming in somewhere around 60 days…

For companies trying to make sense of all this, some of the most useful resources so far are coming in the form of FAQ articles published by MMPs. Here’s a selection:

As reactions have piled up across the ecosystem, it can be hard to keep track of all the perspectives. Fortunately, we have this roundup from App Growth Summit:

As Ben puts it, Apple and Facebook have a symbiotic relationship: Apple creates the best user experiences (it’s their competitive advantage), and app developers have no choice but to come where the users are (which is why Apple can get away with dictating pretty much whatever policy they want).

But Facebook also plays a critical role in the iOS ecosystem: they have long provided the monetization engine (buying in-app ad inventory) that allows many of these app developers to exist.

Side note: looking back at this 2012 TechCrunch article, which heralds the introduction of Facebook’s brand new ‘app install ad’ format, is a blast from the past.

The question is…does Apple recognize this symbiosis? Given the last three weeks, that classic idiom of ‘bringing a sledgehammer to a brain surgery’ seems remarkably apropos.

What Do Apple’s Privacy-Focused IDFA Changes Mean For Facebook?

Killing the IDFA will hurt Facebook. Of the truly critical components in their monetization engine today, device IDs are one of the only links in the chain that they don’t fully control.

But the key thing here is that it hurts Facebook comparatively less. In the end, like GDPR, it will create some mess they’ll need to clean up…but leaves them in a better relative position than they were before the change.

If you’ve wondered how Apple (or Google) justify that 30% cut they take of all App Store revenue, here’s the historical context.

At first, that 30% was actually almost a bargain (payment processing, distribution mechanism, update infrastructure… for a peek down the rabbit hole of how bad the alternative USED to be, just consider what percentage of Android devices don’t even get OS upgrades simply because individual carriers hold the keys).

Now? The value prop is much less clear, and it’s probably more around ‘prestige of placement’ than ‘services rendered’. In other words, Apple thinks the App Store is worth 30% because it’s the digital equivalent of a real-world storefront on 5th Avenue.

…but the obvious counter-argument is that if you don’t want to pay for that 5th Ave location, you have other real-world options.

As the article argues, the App Store still has a fair claim to some percentage of revenue generated, but these days, 30% isn’t really good for app developers or Apple.

Why AnyList Won’t Be Supporting Sign In with Apple

Sign In with Apple provided good material for Apple’s marketing team. In an imaginary world where iOS is the only thing on the map, it might even be a workable system.

In reality, this system has turned into a major pain for developers, filled with [mostly predictable] landmines. Just one of many the AnyList team encountered:

One problem is that most Apple IDs are tied to an iCloud email address. […] So people would ask for help, we’d reply, and they’d contact us again later, angry that we never replied. Our reply was going to their iCloud email account, but they didn’t see it because they only ever looked at their Gmail account, in the Gmail app.

TikTok ban: Is TikTok getting banned in U.S. by Trump? How would it work?

These days, there is plenty of talk about ‘ban TikTok’, (and it’s already happened in India).

But an interesting question (at least, in the U.S.) is how would that actually work?

Turns out it’s much harder for an elected government to get rid of an app than it is for Apple to do it. Hmm…

SiriusXM is buying Stitcher for $325 million

Most of us probably think of SiriusXM as ‘that weird other radio option that still comes built into our cars, and can’t be turned off’.

But aside from their expensive network of actual satellites out in space, SiriusXM really more of a hybrid between ‘old radio’ and entertainment subscription services like Spotify and Netflix. In other words, the satellites were a technical means-to-an-end (streaming entertainment) in a time before that infrastructure was commoditized (cellular data networks).

Sirius seems to be aware of this, and now they’re executing something of a pivot — first acquiring Pandora, and now Stitcher. It seems that they want to be the third player in what’s currently an Apple/Spotify duopoly of streaming audio content.

For the second time this year, the Facebook SDK is causing apps like TikTok and Spotify to crash on launch

The first time was embarrassing, but mistakes happen.

But bringing down half the mobile ecosystem for the second time in just a few months…? To say this is a bad look for Facebook is letting them off far too easily — you can bet there are dev teams all over the world suddenly looking for ways to sandbox this SDK (if not rip it out completely).

In the U.S., we have the Department of Justice to investigate anti-trust issues. In the U.K., the equivalent is the CMA (Competition and Markets Authority).

Last week, CMA released a report on Google and Facebook's market power in search and online advertising, and they're making quite specific recommendations:

Establish an enforceable code of conduct to govern the behaviour of platforms funded by digital advertising that are designated as having strategic market status (SMS). The purpose of the code would be to meet three high-level objectives of fair trading, open choices and trust and transparency.

CMA is also clearly interested in taking on a fairly proactive role, beyond the borders of the U.K.:

Whilst this recommendation is U.K.-focused, many of the problems that the CMA has identified are international in nature. It will therefore continue to take a leading role globally in relation to these issues as part of the CMA’s wider digital strategy.

Link goes to an analysis article, but the full report is available here.

When AMP and other Google initiatives go to the grave, are your SEO efforts going with it?

The web has a few structural advantages over native apps (decentralization, lack of platform-wide gatekeepers, ease of equitable discovery, etc.). AMP came with a limited number of redeeming side-effects — for example, pages that load quickly are quite nice — but four years in, it’s become more of a worst-of-both-worlds hybrid that no one really likes.

In other words, when Google couldn’t figure out native apps (see their prior failures with App Indexing and deep links), they tried sacrificing the open web instead. AMP is one side of that pendulum swing, and now that it’s apparently on the way back out, right on cue…we see them starting to talk about making deep linking great again (as if it ever wasn’t!)

Until yesterday afternoon, I thought this would be the week’s most exciting piece of Twitter-related news. Little did I know they were about to be hit by one of the most catastrophic platform hacks in recent memory…

But that doesn’t make this tidbit any less interesting: Twitter has started showing an opt-in modal on their web app, allowing users the chance to select whether they want ‘personalized’ or ‘less relevant’ ads.

Setting aside from the predictable howls of protest from users who don’t want any ads*, this may or may not be some sort of IDFA-related market test, designed to give a signal to Twitter about how many people are likely to allow data sharing (albeit with a far less terrifying opt-in language than what Apple will be enforcing).

* Apparently choosing to remain ignorant about how digital business models work — I am intentionally linking to a slightly more evolved tweet, where the author at least claims to be willing to pay a ‘Twitter subscription fee’ instead. 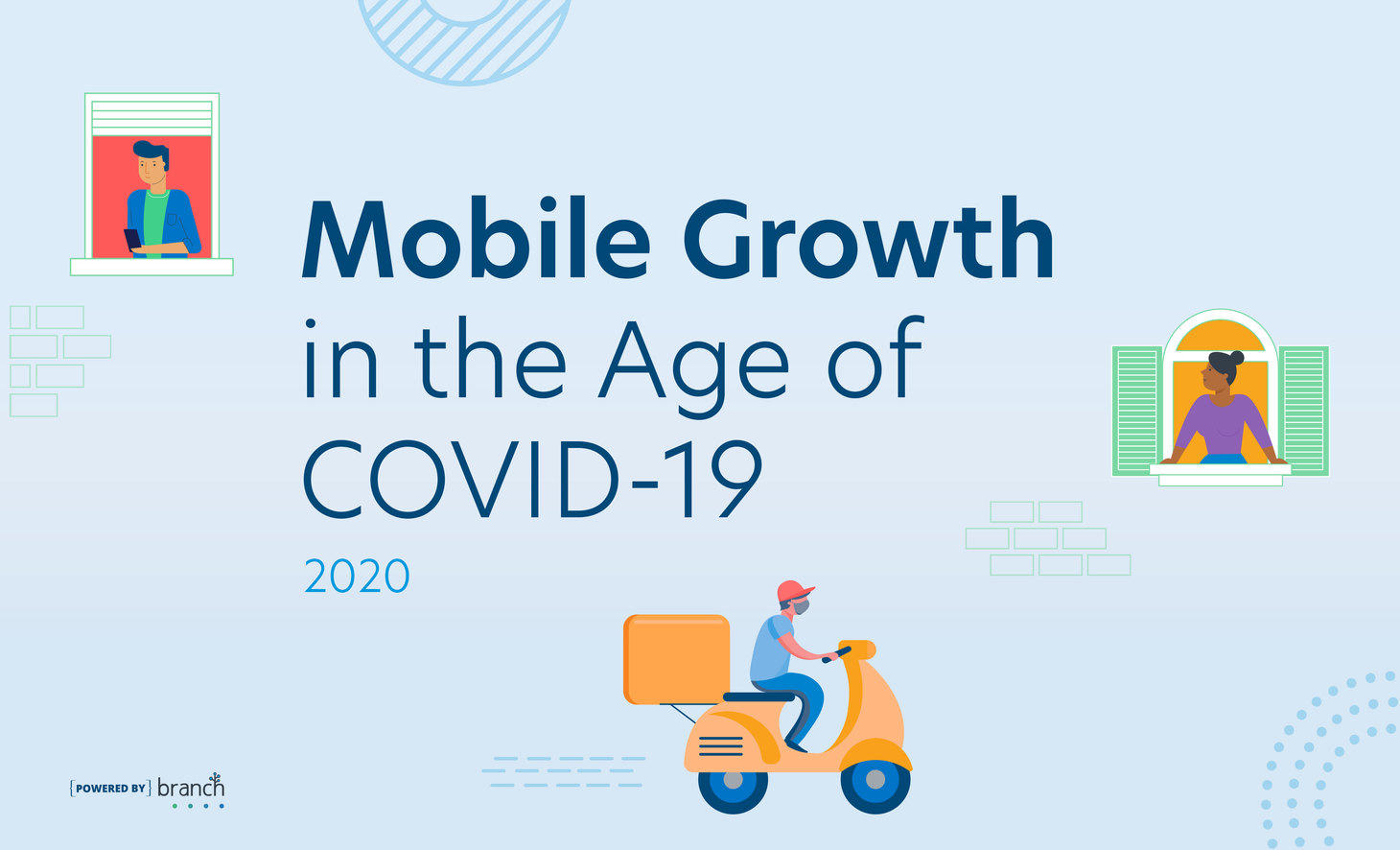 The 2020 Mobile Growth Handbook: Mobile in the Age of COVID-19

The 2020 Mobile Growth Handbook is out!

And you’ll want to grab a copy. It’s 136 pages of tips, techniques, and industry data on how to think about mobile growth in the age of COVID-19. 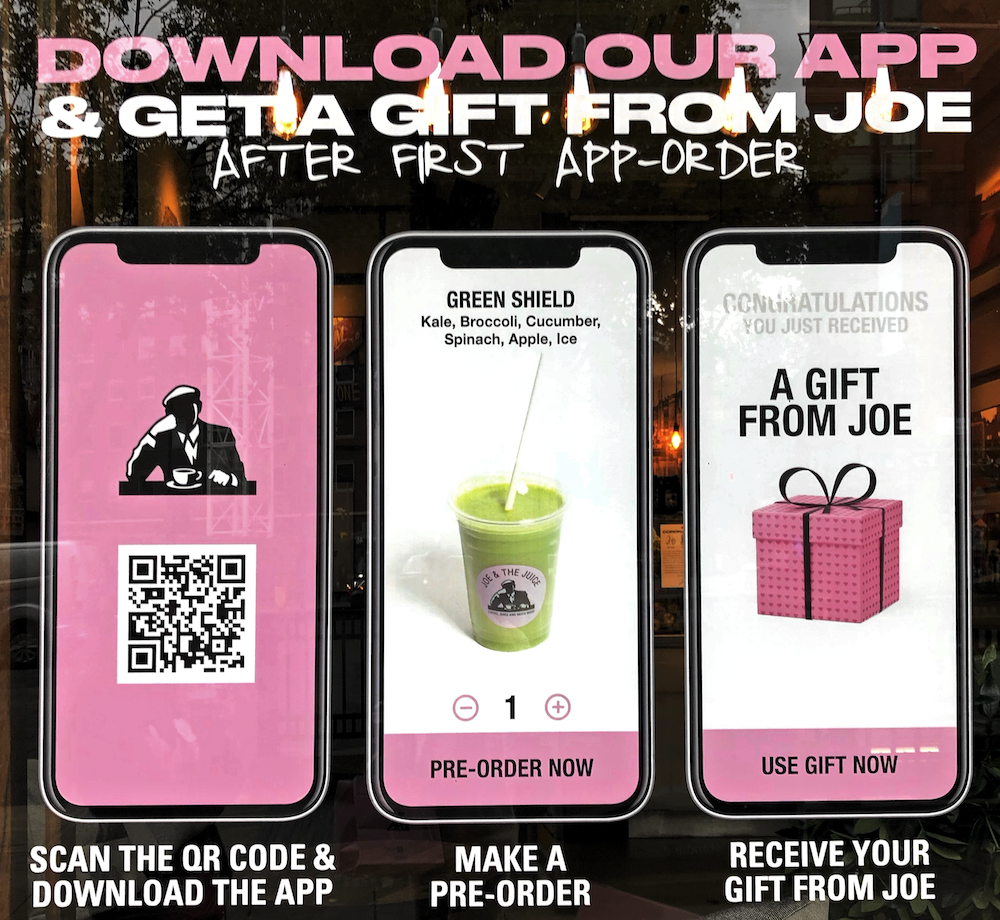 Spotted this week on a London storefront.

Not shown: another QR code also printed on takeaway bags, in case you want to scan after you get back home again.

Here’s how it works: scan a QR code to mix and pour a drink, without touching anything except your cup and your phone. Pretty awesome.

This is the sort of COVID-driven innovation that will stick with us long after the pandemic has faded. 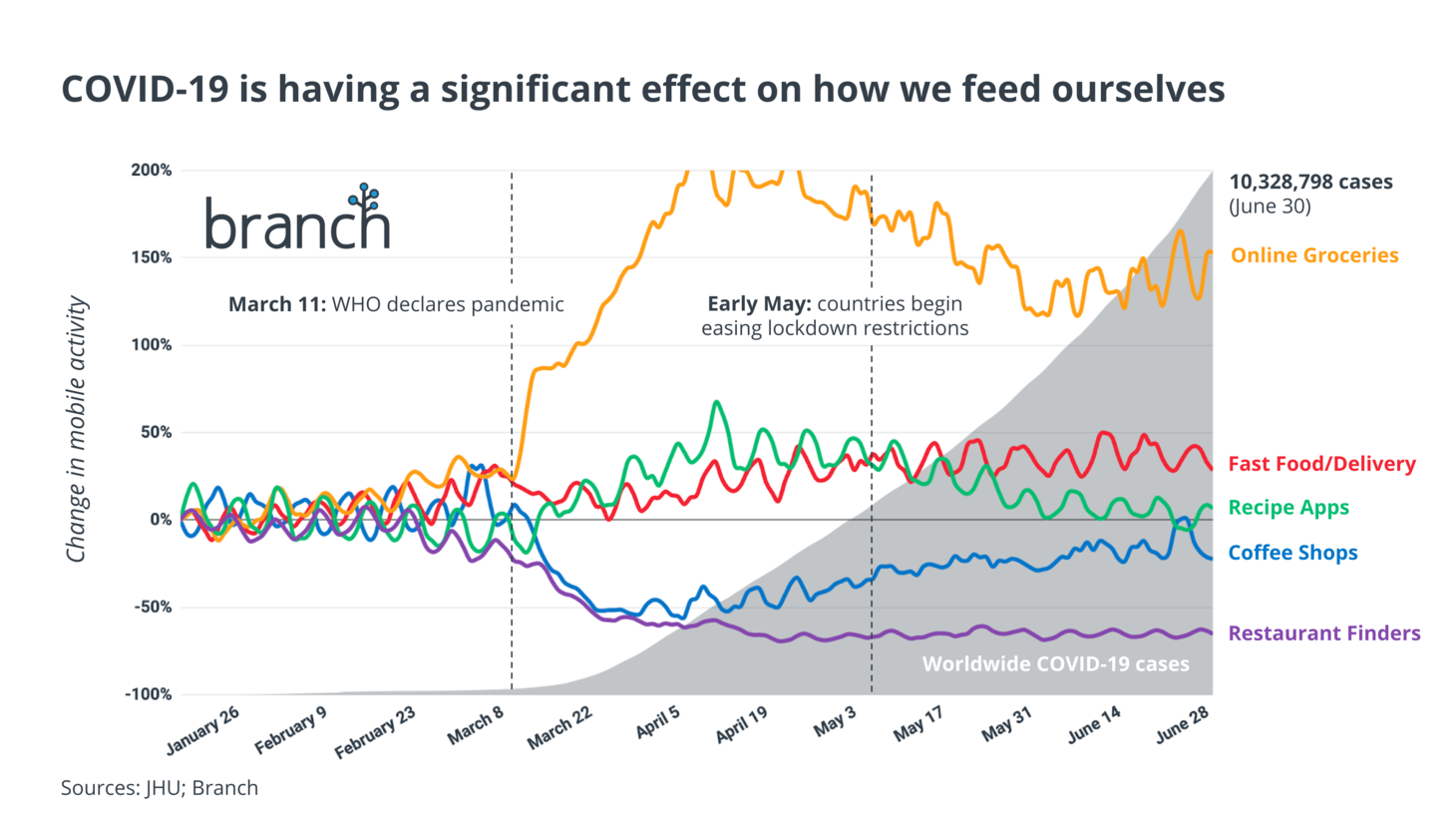 People are still ordering groceries online, finding new recipes has lost a bit of its charm, and no one wants to go to restaurants quite yet. But to-go coffee orders are back in style!

The venerable Benedict Evans has published an update to his macro trends presentation. It covers COVID (of course), but also does a fantastic job of zooming waaaay out to put COVID in context of the systemic changes that tech has brought to our world.

Software ate the world. So all the world's problems [now] get expressed in software.

Remember the exquisite work of marketing art that was the Whopper Detour?

Well, Burger King’s marketing team is clearly not a one-hit-wonder, because they’re back at it!

How Product Professionals Are Changing the World Through Creativity and Optimism

Tech professionals, especially those who work in product, are not necessarily the folks who first come to mind when discussing the topic of creativity. However, there is a shifting viewpoint that argues a healthy level of creativity and optimism is essential to these functions due to the responsibility of bringing technological advancements and game-changing content to a global audience.

Michael Sippey, Chief Product Officer at Medium, joins the podcast to discuss his ideas regarding the inherent optimism required when creating something to share with the world, whether it’s a new app, a blog article and beyond.

More on Michael’s story including his early experience running product at Twitter, the mistake he’s repeatedly made in his career that finally changed his perspective, and why he says product managers should never write an unordered list, on this episode of How I Grew This.