It's been three weeks now since the release of iOS 14.5, bringing the (supposed) enforcement of Apple's new AppTrackingTransparency policy.

Why are things so calm, and what happens next?

Enjoy the peace and quiet while it lasts!

Since the iOS 14.5 release, there has been a lot of buzz about 'ATT opt-in rates'. Not necessarily because these numbers are valuable in isolation, but because this is the most visible leading indicator for how much long-term disruption AppTrackingTransparency will have.

Unfortunately, a lot of the data floating around on this is of dubious quality, with unclear methodologies and small sample sizes. This has led to confusion and some misleading narratives.

Flurry had the first number out the gate (I linked to this two weeks ago, if it looks familiar).

The consensus now is that this number is artificially low, mostly due to the calculation methodology. But in the meantime, it has fed a round of breathless media headlines about how users almost universally 'hate tracking'.

AppsFlyer is also producing a comprehensive report of ATT opt-in data, broken down by industry and vertical.

In contrast to Flurry's numbers, the AppsFlyer methodology likely understates the real-world impact of ATT by excluding users who haven't explicitly opted out but are still 'untrackable' due to other parts of the new policy. However, it's still a useful resource for comparing regions/verticals.

ATT Opt-In Rates: The Picture So Far And The Ugly Truth Behind Why The Numbers Vary So Widely

After spending a week explaining why all of these numbers are so widely divergent, I wrote this article to lay out the reasons behind the discrepancies.

Short version: these metrics indicate different things, and are useful for different purposes. None tell the whole story.

We've shared own set of iOS 14.5-related data from Branch, attempting to fix for many of the issues in the above metrics.

Finally, for a more qualitative look, here's an interesting insight into user perception of ATT from a survey by SellCell.com: of 3000 US-based respondents, 73% agree with what Apple is doing and 18% think Apple is taking it too far.

For comparison, that's remarkably close to the 80/20 split of opt-out/opt-in choices we see US users making on the Branch platform.

Depending on which week you check the charts, The Daily is either the most popular podcast in the world or at least in the top 5. When something makes it on this show, you know it's become a mainstream story.

Last Tuesday, an entire episode focused on the feud between Apple and Facebook, including how AppTrackingTransparency is simply the latest escalation in war that's been running for years.

I wish they'd done more to capture how this battle-of-the-giants, Godzilla vs. King Kong destruction-fest is causing collateral damage all over the industry (I suppose there's a limit to how many angles a single 30-minute episode can chase down), but it's still an entertaining review of the entire story arc going back over a decade.

"The internals of App Review’s testing — quite fascinating!"

One byproduct of the ongoing Apple vs. Epic trial is a lot of new insight into how various parts of the App Store actually work.

We've known for a long time that part of the review process was automated and part of it was based on human-testing, but there's plenty of detail here we didn't know. For example, it seems like Apple creates a 'trust score' of each app, then uses that to review what changes between versions.

Next year, the Play Store will have a new section, similar to Apple's Privacy Nutrition Labels. This change does not — or at least, not yet — include deprecation of Android's IDFA equivalent (the GAID).

One thing it does contain though? A timeline, with dates.

At the same time as it’s rolling out the AppTrackingTransparency policy, Apple is also introducing a new way for developers to advertise on the App Store. Unlike the existing ad types (which are search-based), this one is a zero-state suggestion that requires no input from the user.

'Suggestions' implies personalization, but anecdotal reports so far are that Apple still has a long way to go before these suggestions actually resonate with users. Also, these new ad placements are apparently expensive and initial performance results are not living up to what many hoped for.

The Psychology of Clubhouse’s User Retention (...and churn)

Clubhouse's growth has skyrocketed (and the Android version was finally released last week), but can it keep its users? This step-by-step analysis of the onboarding process digs into the psychology behind its user retention challenge.

There are no shortage of blog posts about implementing the ATT prompt, but this one is particularly solid for two reasons: 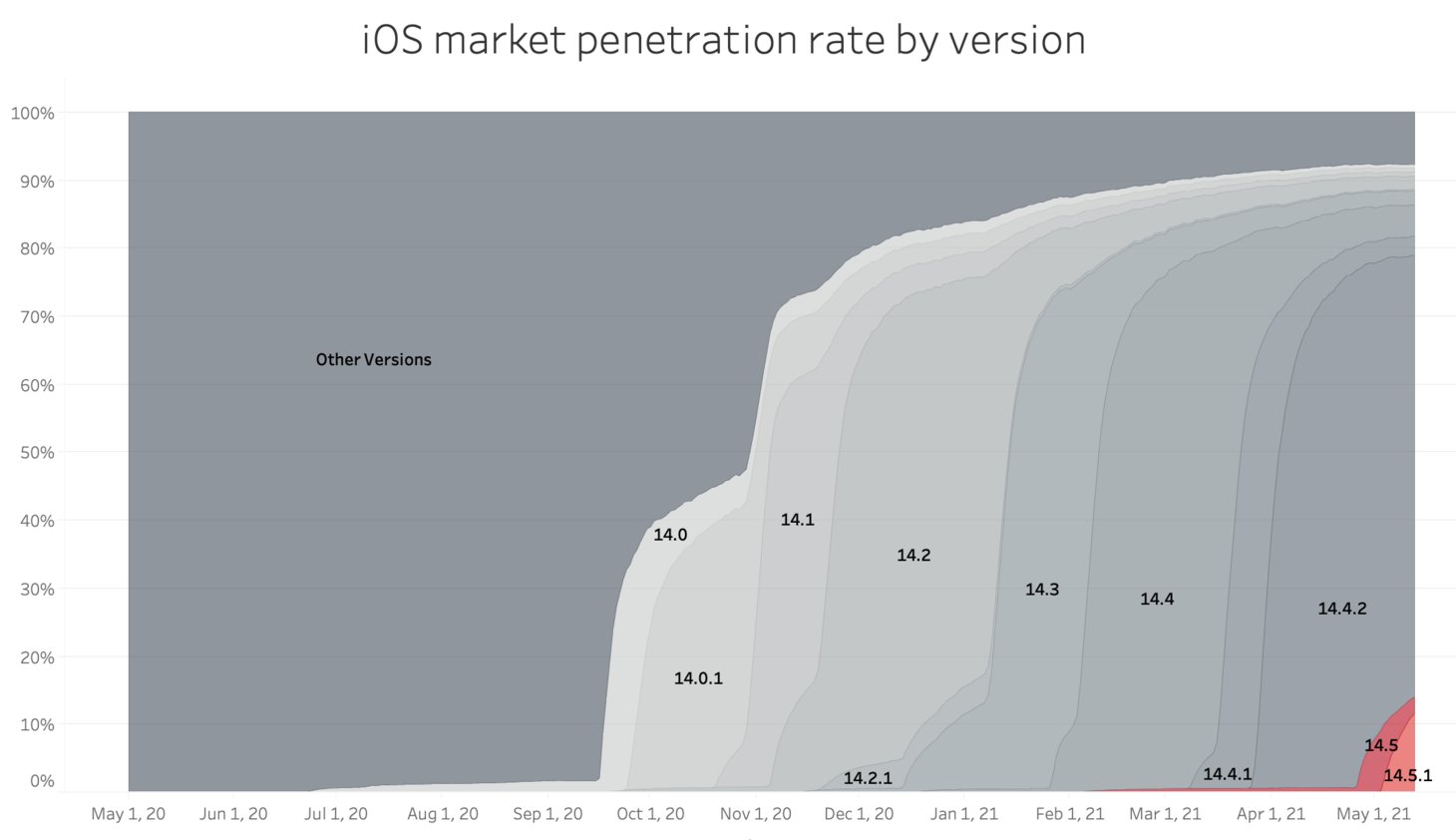 A timely reminder that even with all the changes going on in the world of mobile, nothing beats a good viral loop!

For over a decade, Sue has focused on engagement, retention, and conversion. At Calm, Sue emphasizes finding the right metrics that move the needle on business goals and giving Calm’s users a consistent experience regardless of their platform.

In this episode, she also highlights an exciting challenge that she’s working on that, if executed well, would help them avoid Apple and Google conversion taxes, and describes her process for activating new users and converting them into power users through gentle yet personalized reminders.