This week, the world got its hands on the first Macs built using Apple’s new, in-house CPUs.

This is a mobile newsletter, so why bring up Macs? It's not because these new machines from Apple are receiving rave reviews (they are, and universally so). It's because they can install iOS apps by default. In fact, Apple required developers to individually opt out if they didn’t want this.

As you'd expect, the experience with an average, unoptimized iOS app apparently falls somewhere between ‘ok’ and ‘pretty terrible’ at the moment — Macs rather infamously don’t have touchscreens, after all. But it’s still a big deal. Apple never managed to make the Mac App Store a platform-wide default (unlike iOS), and it doesn't take a psychic to imagine a world where Apple pushes companies to use their existing [native] iOS apps as the foundation for macOS, instead of relying on bloated cross-platform environments like Electron.

PS, if you haven’t already registered for the Growth Marketing in the Modern World course, it’s based on an actual Stanford class and I’ve seen some of the content — it’s going to be great. If nothing else, sign up so you get the recordings for posterity!

Definitive Guide to Marketing in a Post-IDFA World

This is a reference tome, and worth digesting for expert opinions on many of the non-attribution IDFA topics that you will need to work through with iOS 14 (you'll need to share your email address to get it, though there's a podcast version here).

It touches on useful areas like expected impact on day-to-day operations for common UA channels, updates you may need to consider for your growth stack, and some thoughts on how to structure your campaigns for SKAdNetwork.

One note going in: the author appears to come at this with the presumption that SKAdNetwork-based measurement data will be the only option on iOS going forward. That's's definitely not a universal viewpoint, which certainly doesn't diminish the value of this content…but does mean you'll want to keep in mind that this may not be the entire picture.

IDFA0, the time is now

In other iOS 14 news, while the privacy changes may not have landed yet, the reality on the ground is that IDFAs are already starting to disappear. This is thanks to more users self-enabling Limit Ad Tracking (and its successor, ATTrackingManager.AuthorizationStatus = denied), which means competition for ad inventory on SAN networks is getting increasingly heated.

In the last issue, I mentioned that SKAdNetwork still had major bugs.

Apple claims that they have fixed these now, which means (finally) that all the various industry players can begin testing SKAdNetwork data flows for the first time.

The Small Business Program is a huge, clever U-turn by Apple

Via a middle-of-the-night press release, buried in the middle of this week's Apple Silicon MacBook noise, Apple just announced a new program to cut App Store commission rates from 30% to 15%…for ‘small businesses’.

In other words, commission rates are cut in half for all of the companies that hadn’t really been complaining all that loudly (perhaps because they lacked a tall enough soap box), but which everyone was assuming made up the silent majority.

It’s a great chess move. The impact on Apple’s App Store revenue will probably be statistically insignificant, and the big tech companies that are complaining loudly now look a whole lot more lonely.

No - Safari 14 Does Not Block Google Analytics

This is a re-run of article from June, but with iOS 14 and macOS Big Sur now available, people are starting to experiment with the new Tracking Report feature in Safari. If you’re an end user, there’s a lot of ‘scary stuff’ in there (‘so many things tracking me!’), and if you’re a marketer…well, there’s also a lot of scary stuff in there (‘all my analytics tools are being listed as trackers!’).

Good time to review how it actually works, because there’s a lot more nuance in this situation and Apple has (intentionally?) chosen somewhat misleading language for this report.

My Outline on How to Approach A/B Testing

The takeaway from this article is that an A/B testing regimen may not necessarily be the best investment of your time and resources — depends on the situation. But if you determine it is, here are some useful tips to make sure you set yourself up for success.

I particularly like the list of recommended tools at the end, which highlights how important it is to ensure your entire stack is set up and working seamlessly.

The Adjust guide to securing user opt-in on iOS 14

Another reference guide you'll have to trade your email address to get, but if you're planning to show the new AppTrackingTransparency prompt for IDFA access (and not everyone is), there is lots of good advice here on how to do it. 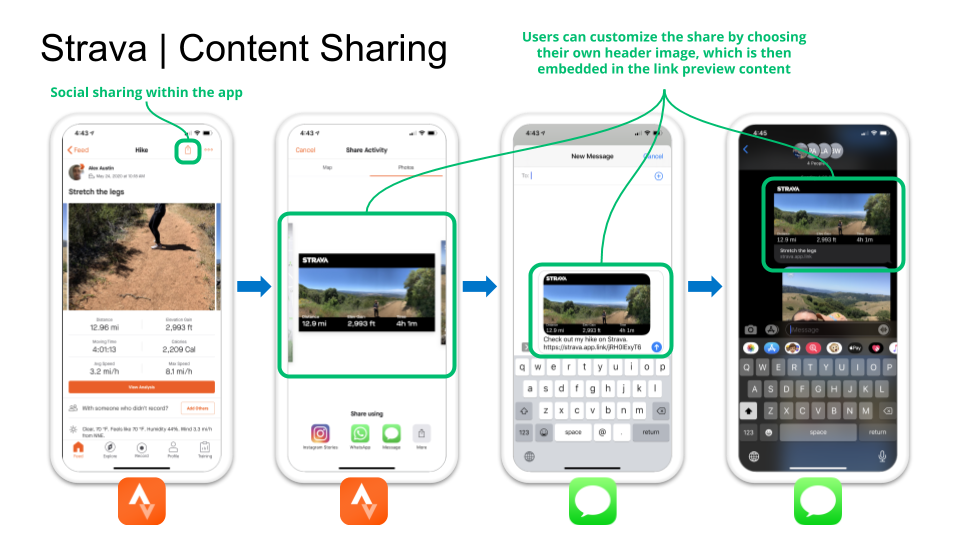 A powerful feature in sharing is to let the user customize the share. Users are much more likely to share links if they look like their own, rather than some generic text and image.

Building One of The First SaaS Empires

Today, most SaaS companies were started in the last few years or at the beginning of Web 2.0. Our guest Rick Stollmeyer, Co-Founder and current Executive Chairman of Mindbody, however, saw an opportunity back in 2001, when he started the company out of his garage.

In March, Mindbody saw 90% of their appointments disappear through the platform, which led the team to innovate and drive towards a virtual fitness platform. Fast forward to today, and they see this as their most significant growth opportunity.

Hear more on Rick’s story, including his leadership training in the Navy, the lesson he learned when his former boss refused to give him equity, his transition to Executive Chairman, and so much more on this episode of How I Grew This.